Our clients come to us for assistance launching, joining, evaluating, or influencing open source software projects, and sometimes because they seek transformative change along open source principles for their own organizations.

Our partners and staff draw on decades' worth of experience to provide professional guidance that enables our clients to navigate the technical, cultural, and legal landscape of open source with confidence and repeatability.

James Vasile has fifteen years experience as a user, developer, advocate and advisor in the free and open source software world. His expertise is in software licensing and community-building, as well as non-profit and small business startup. He focuses on free software and open source production, although his work and interests often take him far beyond the world of software. Much of what James does involves teaching people how to build successful businesses around free software and ensuring licensing alignment in multisource FOSS stacks. James's technical experience also allows him to act as outsource CTO/Architect, due-diligence open source expert, new venture advisor, fiscal sponsorship facilitator, and more.

In addition to his work with OTS, James was the founding Director of the Open Internet Tools Project, which during his tenure originated a variety of excellent community-based projects. These include Techno-Activism Third Mondays (a meetup that gathers people in over 20 cities around the world every month), the Circumvention Tech Festival (which has become the Internet Freedom Festival), and a 1000+ volunteer translation project now know as Localization Lab. He was also a founding board member and is now part owner of Overview Services, which makes open source software that powers Pulitzer-winning data journalism.

Previously, James was a Senior Fellow at the Software Freedom Law Center, where he advised and supported a wide range of free software efforts.

James was a Director of the FreedomBox Foundation. He helped boot up and served on the board of Open Source Matters, the non-profit behind Joomla. He remains active in several technology development efforts. His FreedomBox work has been recognized by an Innovation Award at Contact Summit 2011 as well as an Ashoka ChangeMaker's award for Citizen's Media.

James frequently speaks and writes about technology trends and free software. His FreedomBox talk at Elevate Festival, for example, has been received well, and his writing on FOSS project management and work on extension licensing and derivative works have been widely read.

You can learn more about him from his GitHub activity and his LinkedIn profile, or by connecting with him on Twitter.

Karl Fogel has been an open source developer, author, project manager, and specialist in collaborative development techniques since 1992.

In 1995, he and Jim Blandy co-founded Cyclic Software, the first company offering commercial support for CVS, the free software version control system; in 1997 he added support for anonymous read-only repository access to CVS. In 1999 he wrote Open Source Development With CVS (Coriolis OpenPress). From 2000-2006, he worked for CollabNet, Inc as a founding developer in the Subversion project. In 2005 he wrote Producing Open Source Software: How to Run a Successful Free Software Project (O'Reilly Media).

He has since been an open source specialist at Google, at Canonical Ltd (where he helped release the Launchpad.net code), at O'Reilly Media, and at Code for America/ Civic Commons, where he worked with non-profits and government agencies to release and manage open civic technology projects. Karl has also been a board member at the Open Source Initiative, an Open Internet Tools Project Fellow at the New America Foundation, and is a member of the Apache Software Foundation.

In addition to his books, some of his articles on collaborative development are: “Teams and Tools”, “Dissecting The Myth That Open Source Software Is Not Commercial”, “What's the Return on Investment for Open?”, “What Is Free Software?”, “Open source mistakes for enterprise newcomers” (with James Vasile), and “Be Open from Day One, not Day N”.

Further information can be found in his GitHub, Twitter, and Identi.ca accounts, among other places. 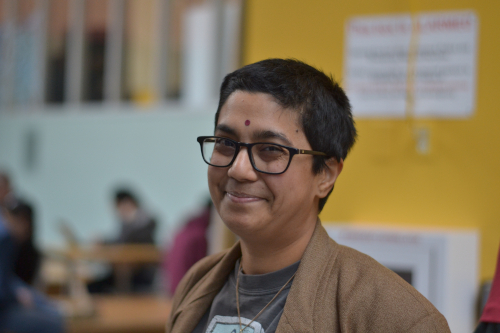 Sumana Harihareswara is an open source software contributor and project manager. With Open Tech Strategies, she has worked on the Provider Screening Module, StreetCRM, and other projects; she has also worked on the Python Package Index, HTTPS Everywhere, OpenNews, Zulip, GNU Mailman, and several other open source projects. Previously, Harihareswara worked at or with the Wikimedia Foundation, Collabora, GNOME, QuestionCopyright.org, Fog Creek Software, Behavior, and Salon.com.

She holds an MS in Technology Management from Columbia University and a BA in political science from the University of California, Berkeley. She is a member of the Python Packaging Authority and a maintainer of Twine, and a certified Software Carpentry and Data Carpentry instructor, and she participated in the Recurse Center in 2013 and 2014. Harihareswara frequently speaks and writes about open source and management; she was keynote speaker at Open Source Bridge in 2012, code4lib in 2014, Wiki Conference USA in 2014, and LibrePlanet in 2017. She received the Open Source Citizen Award in 2011.

For more on Sumana, see her Mastodon, Twitter, GitHub, and blog. 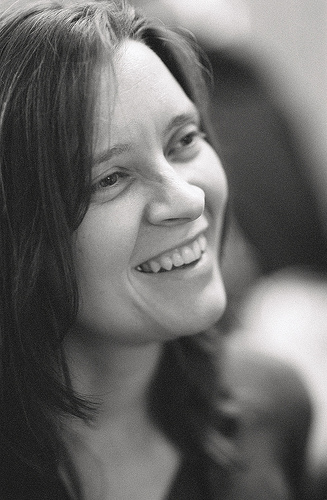 Her first geek career was as a research linguist in eastern Africa, but her love of coding led her away from natural languages to computer languages. In over 35 years as a programmer, she has developed everything from games, linguistic analysis tools, websites, mobile apps, and shipping fulfillment systems, to compilers, hypervisors, database replication, deployment automation, and talking smart-home appliances, worked as a language designer, engineering manager, CTO, conference organizer, and editor, written three books, and founded two non-profit foundations and five companies.

At various points in the past she served as chief architect of the Parrot virtual machine, president of the Open Source Initiative, president of the Perl Foundation, chairman of the Parrot Foundation, board member of the Python Software Foundation, Open Source Evangelist at O’Reilly, conference chair of OSCON, Technical Architect of Ubuntu and Open Source Advisor at Canonical, Distinguished Technologist and Open Source Strategist at Hewlett Packard Enterprise, and Distinguished Engineer at SUSE. She collaborates in the Debian and OpenStack projects, and is currently working on a PhD in Computer Science at the University of Cambridge for fun.

Her home page is lohutok.net and her blog is allisonrandal.com. 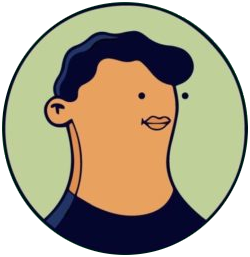 Cristina Muñoz is a senior security and site reliability engineer. With over a decade of experience at large tech companies, small non-profits, and everything in between, she is passionate about developing and securing free software for collective liberation. Some of her open source contributions can found at github.com/xmunoz. 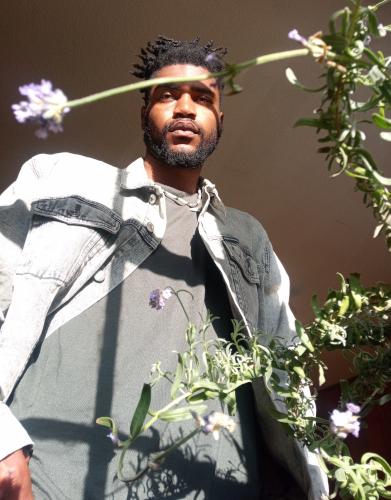 Ajaani Roberts first got involved in open source as a junior in high school, writing programs for apps and webpages alike. Ajaani, being an artist, focuses on the visual and creative aspect of web development. 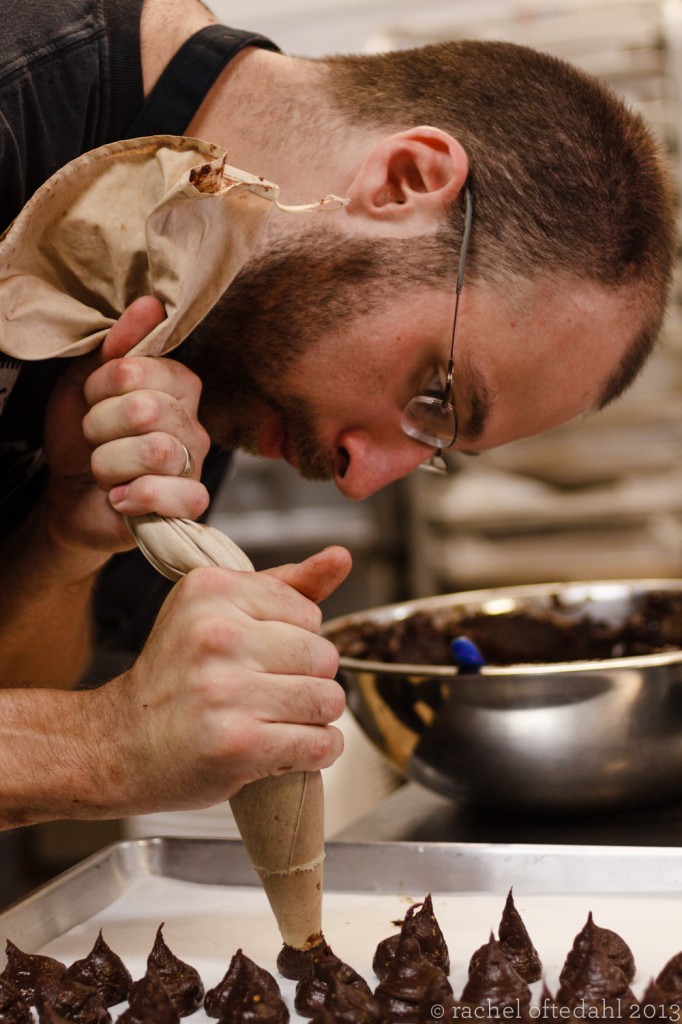 Frank Duncan has been a software developer and chocolatier for the past fifteen years. With Open Tech Strategies, he has worked on the Provider Screening Module and the Red Cross Smoke Alarm Portal. He also has contributed to the Local Initiatives Support Corporation's "Testing the Model" software. He has worked in legal copying, online travel, financial compliance, and more recently with Northwestern's Center for Connected Learning on the NetLogo programming language. He and his partner have owned and operated Katherine Anne Confections in Chicago, IL since 2006, where he applied his passion for software to the art of crafting chocolate. Further information can be found at GitHub. 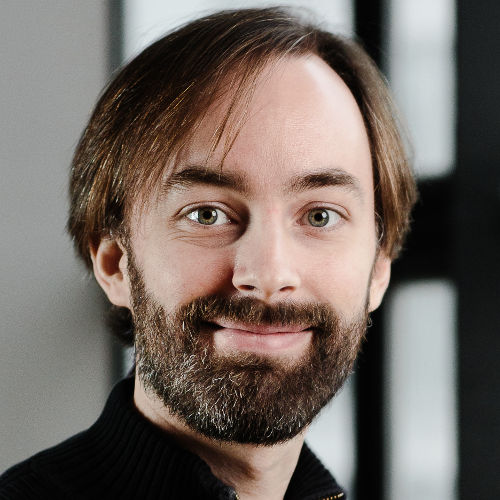 Jason Owen is a consultant and programmer who learned a tremendous amount from participating in the Computer Action Team at Portland State University and from independent study at the Recurse Center. He has been conscientiously honing his skills as a developer, system administrator, and release engineer for several years. Previously, Jason worked at Tripwire and hubbub health

For more about Jason see his GitHub and Twitter activity. 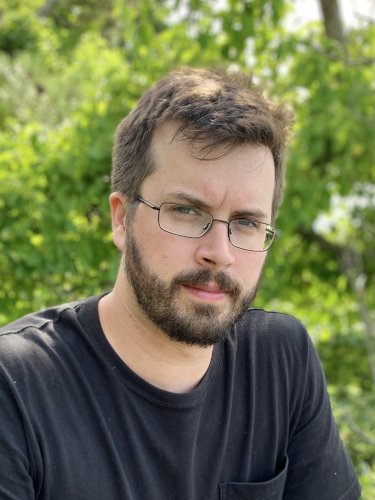 Dan Schultz is a creative technologist who helps teams make things for the public good. He has earned degrees from MIT and Carnegie Mellon, and became professionally involved in the civic media space through the Knight News Challenge as well as an Open News fellowship at Mozilla and the Boston Globe, as consulting director of technology at Civic Hall, and as a senior engineer at the Internet Archive. Dan has helped dozens of groups design and build out their products. In addition to his work with Open Tech Strategies, Dan is creating open-source media analysis projects as a member of Bad Idea Factory. 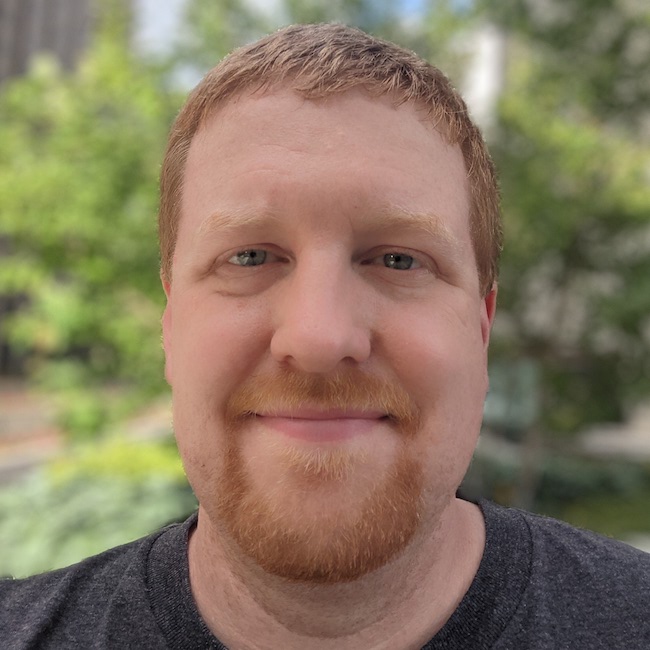 Greg Back is a software developer and systems administrator with diverse experiences in open source software and open technology. He enjoys using computers to help other people solve their problems. Find more about what Greg is up to on GitHub. 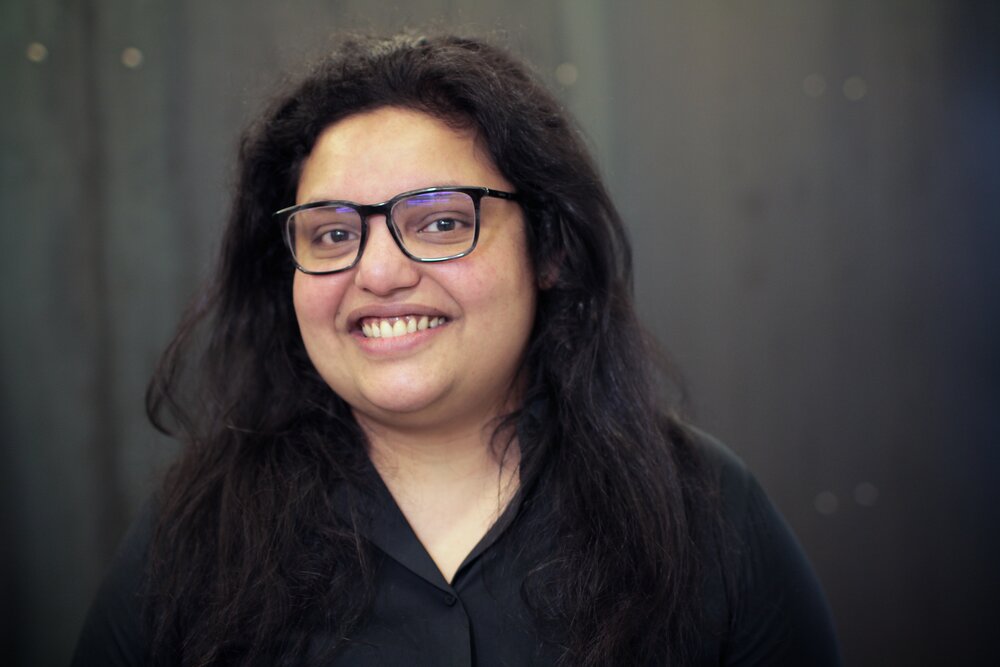 Kavya Sukumar is a developer-journalist who mostly works on building technology solutions for journalism. She got involved with the journalism-technology space through OpenNews where she was a Knight-Mozilla Fellow. During the fellowship, she worked on open sourcing Autotune, Vox Media's solution for allowing easier templatization of one-off graphics and apps in newsrooms.

Before switching to journalism, she was a software engineer at Microsoft where she worked on a number of products including XBox, Windows Games, Bing and MSN Videos. She has a bachelors degree in computer science and engineering from National Institute of Technology, Trichy, India and a masters degree in journalism from Northwestern University.

Centers for Medicare & Medicaid Services, US Department of Health and Human Services

These resources about starting and managing open source projects were either produced by Open Tech Strategies, or were written by or with significant involvement from people now at OTS.

A high-level typology of open source projects and what each type is best suited for. Commissioned by Mozilla and co-published with them.

Concept map for a 2018 presentation by James Vasile and Cecilia Donnelly at SCALE16x.

A funder's guide to achieving program goals by vetting, sustaining, and empowering grantees who do open source software development.

New York City's Department of Health and Mental Hygiene commissioned this report about why and how to adopt an open source approach for development of their environmental health data portal.

A Case Study On Institutional Investments In Open Source

A report on GeoNode, a successful open source project, that quantifies the ROI and identifies the strategies and tactics that drove success. It seeks to provide insight into the question of how to replicate that success.

Governance and Collaboration in the Wikimedia Development Ecosystem

A report commissioned by the Wikimedia Foundation about technical collaboration in the Wikipedia project, focusing especially on the relationship between volunteers and the Foundation in decision-making.

Whitepaper on common questions about open source licensing. Originally written for a client, and published (with the client's agreement) because it addresses questions we encounter frequently.

Be Open From Day One, not Day N.

Why open sourcing is easiest and most effective when done at the start of development. Don't delay, open it today!

A freely-licensed, widely cited book about how to organize and run open source projects.

How to choose the right open source license for your project.

A "how to release open source code" checklist.

General guidelines on how to run a project after it's open sourced, tuned especially for government projects.

A guide to common issues faced by free and open source software efforts.

An exploration of how the GPL applies to extensions in the Wordpress Content Management System. These concepts apply to many other CMS and web app structures as well.

The ROI of Open

What is the return on investment of doing technology projects in an open source manner?

An Overview of Open Source

Slides for a presentation about how open source projects work.

OTS has no open positions currently. To review older job postings that are now closed, see our Jobs Archive.

OTS collaborates all over the world with clients in industry, government and the non-profit sector. We look forward to working with you!

There are lots of ways to reach us. The fastest and most direct is by joining our chat server at chat.opentechstrategies.com. This is where OTS staff, clients, and friends collaborate and socialize. Please do drop in, even just to say hi. We are always eager to include new people in our community!